As the global economy continues to recover, an accommodative Federal Reserve (Fed) and stimulative fiscal policy have pushed inflation concerns to center stage. By some measures, inflation is at its highest in over a decade, and several factors could sustain these levels. Conversely, other metrics point to a more benign environment, and suggest the recent increase may be “transitory.” While we do not predict the future, we believe overall inflation risks are elevated, particularly given current spreads and valuations. In this piece, we focus on key inflation metrics, and identify which asset classes and sectors may be better positioned to handle the rising risks.

Measuring Inflation: The Devil Is In The Details The Only Thing I Cannot Predict Is The Future

At IR+M, we believe the risk of higher inflation, particularly in an environment of tighter spreads and high relative valuations, cannot be overlooked. However, we maintain that inflation is difficult to predict accurately and consistently, and as such, do not position for a specific target. We endeavor to create well-diversified portfolios and rely on our bottom-up security selection expertise to identify bonds that may be less susceptible to rising inflation. If inflation does lead to increased interest rates, fixed income investors stand to benefit due to the ability to reinvest at higher rates.

Sources: Bloomberg, Bloomberg Barclays and IR+M Analytics as of 5/31/2021. 1Trimmed-Mean CPI refers to the Federal Reserve Bank of Cleveland 16% Trimmed-Mean CPI. Top chart sourced from Morgan Stanley as of 5/31/2021 and shows 12 month forward US IG Credit excess returns in inflationary environment based on CPI from 1970 to 5/31/2021. Blue bars show the interquartile range of excess returns and dark blue line is the median. The views contained in this report are those of IR+M and are based on information obtained by IR+M from sources that are believed to be reliable.  This report is for informational purposes only and is not intended to provide specific advice, recommendations for, or projected returns of any particular IR+M product.  No part of this material may be reproduced in any form, or referred to in any other publication, without express written permission from Income Research & Management. 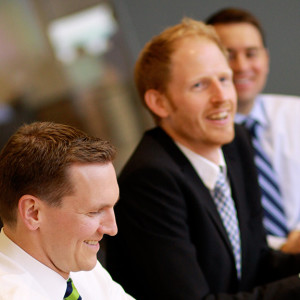