How soon is now? Saving for retirement could get a boost.

I opened my first credit card when I went to college as a wide-eyed and naïve 19-year-old. I promptly maxed the card out and then had to rely on my parents to bail me out. While a very painful and prolonged experience (it was held over my head for no less than 4-5 years), it was one of the best things that happened to me from a financial perspective. From that point on, I realized I needed to take more personal responsibility for my finances, including attempting to save some of the little money I was earning from my on-campus jobs, which included serving as a late-night “security” officer, refereeing intramural sports, and driving the recycling truck to collect bags of beer – er, soda cans. This is not a perfect analogy, but it does make me think about how the responsibility for retirement saving is now firmly shifting more to the individual, as opposed to relying on social security and traditional defined benefit (DB) pension plans, which most younger employees will never know.

Supporting this idea, we’ve seen lawmakers pass a series of acts this year that contain provisions designed to spur more retirement savings. Much is still pending, and the bill still needs to be ultimately voted on by the entire Senate, but the latest proposals build on the SECURE (Setting Every Community Up for Retirement Enhancement) Act that was passed into law in 2019 that, among other things, made it easier for small businesses to set up “safe harbor” retirement plans that are less expensive and easier to administer. Now, with SECURE Act 2.0, the main provisions will:

• Increase the maximum annual contribution for retirement accounts by $4,000.
• Increase the age when you must begin required minimum distributions.
• Require automatic enrollment and escalation for employer-sponsored plans.
• Increase the amount for the catch-up provision for those 50 and older.
• Allow employers to help those who are burdened with student debt save for retirement.

Essentially, this will make it easier for employees to save more for retirement.

Why is this important right now? Well, Americans are not doing a great job of saving for retirement. A 2018 survey by Personal Capital of over 2,000 Americans, 1,630 of which were pre-retirees, found that an average of 37% had no money saved for retirement. By generation, this included 32% of baby boomers, 34% of Gen Xers, and 39% of millennials, showing a minimal change as people moved closer to retirement.
Further to this, in 2019, the Center for Retirement Research at Boston College estimated there was a $7.1 trillion retirement savings shortfall among American households, with half of them facing a lower standard of living once they stop working.

This same think tank claims that only about half of private sector workers are covered by a plan…. ….and that nearly three quarters of workers surveyed that were not covered did not have a plan offered to them by their employer. Georgetown University’s Center for Retirement Initiatives also estimates that 57 million workers have no retirement plan offered through their job.

As an American society, we have always taken strides to help retirees and the elderly ensure that they avoid destitution in their golden years. In fact, the Social Security program as we know it today was the country’s first “social insurance” program that was signed into law in 1935 by President Roosevelt. The genesis of this program was born out of post-World War II (WWII), where America had moved from a primarily agrarian society to an urban, industrialized one. And as the Great Depression took hold, unemployment reached 34 percent, and by the mid-30s, millions of Americans’ lifetime savings were wiped out. At the height of the Depression, many old people were literally penniless. One-third to one-half of the aged were dependent on family or friends for support. So, in direct response to this crisis, the federal government enacted the Social Security Act, which was federally administered and financed through payroll taxes paid by employees and their employers.

Thank you for indulging me in that brief bit of history. I’ll save the history lesson about employer-sponsored DB pension plans to my colleague and pension strategist, Theresa Roy, but I was fascinated to learn that public DB plans go back to the American colonies that offered pensions to soldiers who were injured during the Revolutionary War; in 1857, New York City created the first public pension plan in the country, offering lump-sum payments for the city’s valiant police officers if they were injured while serving the public.

As far as SECURE 2.0, what are the implications of the proposed changes? First and foremost, it’s encouraging to see the continued efforts and positive trend of promoting increased savings for future retirees, something that is desperately needed. As an asset manager, we look forward to partnering with clients on ways to ensure participants have attractive fixed income options in their defined contribution (DC) plans. We can likely anticipate an increase in the number of retirement accounts, larger balances through more contributions, assets staying in accounts longer, and more demand for “DC-friendly” strategies and vehicles. Collective Investment Trusts (“CITs”) are quickly becoming the preferred vehicle for DC plan sponsors, due to their operational ease and the ability to create specific share classes with attractive customized pricing. CITs will likely be a destination for a portion of this increased volume.
Now, as I look at my three young daughters and hope history doesn’t repeat itself, if they could only raise the minimum age for opening a credit card to, say, 21…..

Sources: As of 9/27/22. Figure 1 source: Center for Retirement Research at Boston College estimates based on U.S. Board of Governors of the Federal Reserve System, Survey of Consumer Finances (1989-2019). Figure 2 source: Center for Retirement Research at Boston College analysis from U.S. Census Bureau, Current Population Survey (2019). 2018 survey by Personal Capital sourced from Will Social Security Save Retirement? Many Americans Think So, According to New Personal (personalcapital.com). The views contained in this report are those of IR+M and are based on information obtained by IR+M from sources that are believed to be reliable but IR+M makes no guarantee as to the accuracy or completeness of the underlying third-party data used to form IR+M’s views and opinions. This report is for informational purposes only and is not intended to provide specific advice, recommendations, or projected returns for any particular IR+M product. No part of this material may be reproduced in any form, or referred to in any other publication, without express written permission from Income Research + Management.​ 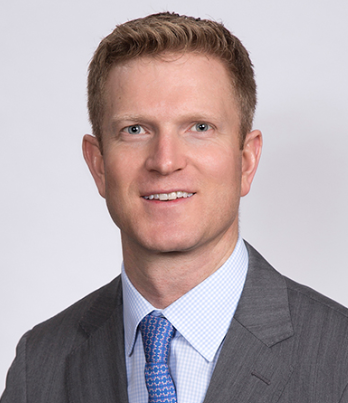