In the wake of Donald Trump’s victory in November 2016, the bond market sold off, prompting some to wonder if the 30-year bond bull market was over. At the same time, the market, which had digested one interest rate hike in December 2016, was faced with potentially three more in 2017. The uncertainty surrounding President Trump’s policies and possible rate increases has caused some investors to question their fixed income allocations. At IR+M, we do not predict interest rates or attempt to time market moves. Instead, we believe that periods of volatility often create opportunities for investors to right-size their risk assets and maintain – or increase – their allocation to bonds.

Leading up to and following the November election, the U.S. Treasury market experienced considerable total return drawdown. The magnitude of the drawdown, which began in August 2016, was the fourth largest in 40 years.1
US Treasury Total Return Drawdowns (+15-Year)1

While the recent Treasury drawdown rivals those in 1980 and 1981, we believe that the comparison ends there. In 1979, Federal Reserve (Fed) Chairman Paul Volcker inherited double-digit inflation, rising unemployment, and a slowing economy. By March 1980, with inflation at 13%, the Fed had pushed rates up to 20% and was contending with a series of energy crises.2

We believe that the current economic environment is decidedly different. For starters, the Fed has indicated that it will raise rates at a “pace that is likely to be measured.”3 Gross domestic product (GDP) has been steady but low, averaging 2.0% from 2010 to 2016.4 Unemployment has fallen to 4.7%, inflation has not exceeded 2.0% in four years, and equity valuations continue to soar to record highs.5 While these factors signal that volatility could be modest, the Fed’s quantitative easing program has injected an unprecedented level of liquidity into the economy. The impact of this policy experiment has yet to be fully understood.

The Power of Reinvestment

When rates rise, over time, higher reinvestment rates will offset the decline in bond prices, and become the primary driver of total return. As a result, those investors whose investment horizon exceeds the duration of their portfolio should welcome higher rates.

Using History as a Guide

Bond fund performance fared surprisingly well in the three most recent – and one ongoing – tightening cycles.8 This chart is representative of each cycle since 1994. In each time period, the market began to anticipate a change in rates in the months leading up to the first hike. Ultimately, bond prices recovered, and higher reinvestment rates contributed to improved returns.9 As expected, bond funds that had shorter durations tended to exhibit lower volatility and deliver more consistent results than their more interest rate sensitive peers.
Cumulative Total Return10 What Are Investors Waiting For?

Some investors have discounted the benefits of a well-diversified, high quality bond portfolio and moved away from fixed income. Moreover, certain LDI investors have postponed de-risking in anticipation of rising rates in the long end, leaving pension liabilities un-hedged, which may result in unnecessary risk. We recommend that investors focus not on when rates will rise, but on their time horizon and whether or not rates will rise faster than market expectations. We believe that it is prudent to have an allocation to bonds, which provide diversification, income, and stability.

At IR+M, we believe that forecasting interest rates is a difficult task. We maintain a duration-neutral posture across all strategies, mirroring that of our benchmarks. We rely on our experience as bottom-up security selectors to generate excess return even in the most challenging interest rate environments. We believe that rising rates should not deter investors from preserving an allocation to bonds, but rather, signal an opportunity to increase diversification and yield. 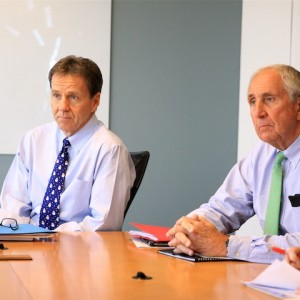 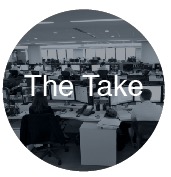 The Upside of Low Rates