As I write this, I am watching my 3-year-old son spread out his arts and crafts supplies, including some glitter, paint, and a bottle of glue (yes, paint & glue!), with the hopes of decorating an empty Amazon box.  Amidst this chaos, I am reminded of the chaos that we’re currently facing in the market – the cessation of the London Interbank Offer Rate (LIBOR)1 and the emergence of the regulatory backed Secured Overnight Funding Rate (SOFR)2 and alternative Credit Sensitive Rates (CSRs).3

I first heard about LIBOR roughly 20 years ago while pursuing my Bachelor of Business Studies in India.  A guest speaker from one of the major private banks had come to talk to the students about his role.  He asked for a show of hands to determine how many students had heard of LIBOR, and he was visibly disappointed at how little we all knew about one of the most important global benchmark rates at the time.  I vividly remember that day, and out of sheer embarrassment, I spent the next few weeks educating myself about LIBOR.  I readily appreciated the significance of this rate that underpinned over $300 trillion in loans and derivative transactions worldwide.  I was in awe!

Fast forward to 2012 – I was living in the US, had completed my MBA, earned my CFA designation and was working in financial services, the industry of my dreams.  I had a better understanding of the markets and an appreciation that all that glitters is not gold.  We were just reeling from the remnants of the Global Financial Crisis when the depth of the LIBOR scandal became apparent.  It was hard to believe that traders at some of the major global banks were “fabricating” LIBOR.  It began to hit home when over $5.8 billion in fines were doled out by regulators.

SOFR is Chosen, but Chaos Continues

It has now been determined that LIBOR will sunset and SOFR will be its replacement in the US.  Bill O’Neill, one of our Senior Portfolio Managers, has written about the inertia surrounding SOFR’s adoption, given its lack of credit risk and term structure components that were inherent in LIBOR.  (Read here –  https://www.incomeresearch.com/the-sofr-sacrifice/)

Regulatory efforts to refit the Amazon box that once contained LIBOR but now contains SOFR have been slow and disorderly.  However, it’s encouraging to see some noteworthy traction in 2021 (See Chart 1).  One of the most significant developments includes the extension of the USD LIBOR sunset date from December 2021 to June 2023 to give market participants more time to assimilate.

Furthermore, 1- and 3-month spreads at 11.45bps and 26.16bps, respectively, were established as additive to SOFR to compensate for its lack of credit risk.4 Finally, with the emergence of the SOFR First Initiative,5 there’s hope that futures volume will escalate, allowing for the evolution of the SOFR term structure. Banking Industry’s Use of Credit Sensitive Rates.  Resistance or Innovation?

With respect to SOFR, there are several shortcomings: Despite the above limitations, regulators have used some heavy-handed undertones to urge banks to offer only SOFR for capital markets lending and derivative transactions.  This explains why the trend of offering floating rate notes tied to a CSR, such as BSBY, dissipated this summer.

For traditional lending or non-capital market transactions, regulators have forbidden banks from writing any new LIBOR contracts beyond Dec 2021.  While they seem open to using alternative CSRs, there are some concerns about insufficient volume during periods of distress and the risk of manipulation.

In thinking about different parties’ incentives, regulators are most interested in market stability and preventing the next financial crisis.  They are almost unsympathetic toward the market’s need for increased credit risk premium in times of turmoil.

Bank management teams (especially the small regional banks), on the other hand, prefer to use a CSR such as AMERIBOR, given that it may better reflect their funding costs and these banks’ general lack of participation in the secured overnight repo market.

Looking into the crystal ball, it’s not impossible to envision market participants innovating and rallying around the existence of at least two replacement benchmarks for LIBOR – one for capital markets lending and one for more traditional lending.  While SOFR enjoys strong patronage by regulators and is supported by a large volume of transactions, the argument in favor of CSRs is that they better reflect underlying market conditions. Coming back to the mess created by my son…  What would otherwise give me heart palpitations is making me smile!  I am confident that amidst his clutter, he will somehow MacGyver a masterpiece.  Just like the LIBOR/SOFR chaos, he will rise above with gleeful pride as he showcases his handiwork, even though it started with a very messy, sticky situation!

1. LIBOR – London Interbank Offer Rate is the benchmark interest rate at which major global banks lend to one another in the international interbank market for short-term loans. LIBOR is an unsecured benchmark with a term structure.

2. SOFR – Secured Overnight Financing Rate is a broad measure of the cost of borrowing cash overnight collateralized by Treasury Securities. SOFR is calculated as a volume weighted median of transaction level tri-party data.

3. CSRs – Credit Sensitive Benchmarks, such as LIBOR, AMERIBOR, BSBY and BYI contain a credit spread component based on unsecured loans.

4. Credit Risk Adjustment/Fallback Spread – FCA’s announcement on March 5, 2021, to officially terminate Libor was considered an index cessation event. While most USD tenures would continue to be published through June 2023, the 1- and 3-month fallback spreads were snapped and calculated as the 5-year historical median between Libor and SOFR. This spread can be added to a risk-free rate, such as SOFR and represents the credit risk component. For reference, see Bloomberg tickers SUS0001M and SUS0003M.

5. SOFR First Initiative – In July 2021, all interdealer trading conventions were switched to SOFR for standing USD IR Swaps. Move designed to ignite activity in derivatives tied to SOFR and to help establish a forward-looking term structure.

7. AMERIBOR – American Interbank Offered Rate is a CSR that’s published by the American Financial Exchange. The rate is calculated based on CP and CD transaction data (>$1mn transaction size occurred within the past 5 business days). Rate preferred by smaller banks as the data set includes all American financial institutions (credit quality can be lower than LIBOR or BSBY for that reason).

Sources: Bloomberg. Data as of 09/30/21. The above examples are for illustrative purposes only.  Actual results may differ. The securities mentioned are for illustrative purposes only. This is not a recommendation to purchase or sell the securities listed. “Bloomberg®” and Bloomberg Indices are service marks of Bloomberg Finance L.P. and its affiliates, including Bloomberg Index Services Limited (“BISL”), the administrator of the index (collectively, “Bloomberg”) and have been licensed for use for certain purposes by IR+M. Bloomberg is not affiliated with IR+M, and Bloomberg does not approve, endorse, review, or recommend the products described herein. Bloomberg does not guarantee the timeliness, accurateness, or completeness of any data or information relating to any IR+M product. The views contained in this report are those of IR+M and are based on information obtained by IR+M from sources that are believed to be reliable.  This report is for informational purposes only and is not intended to provide specific advice, recommendations for, or projected returns of any particular IR+M product.  No part of this material may be reproduced in any form, or referred to in any other publication, without express written permission from Income Research & Management. 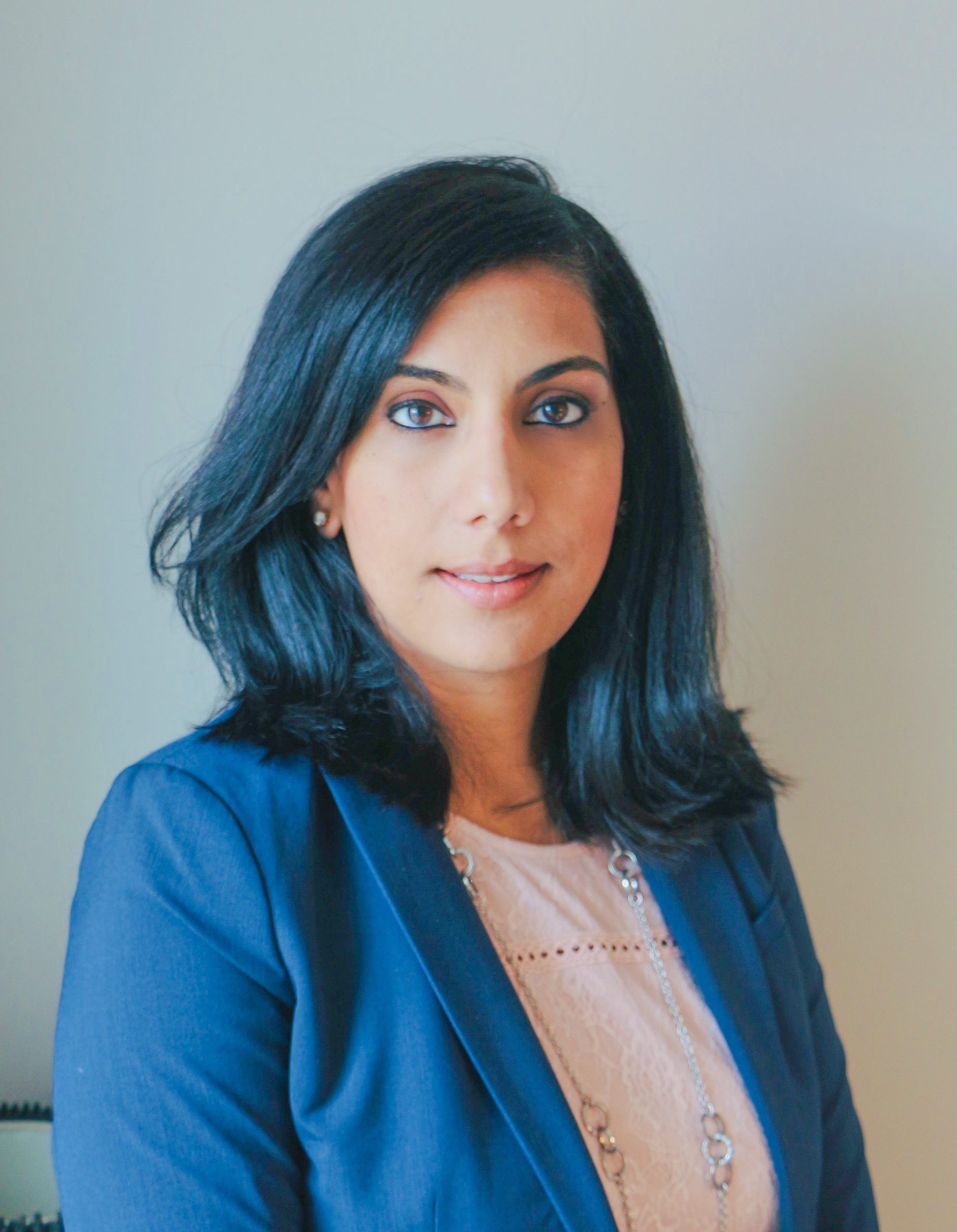