Briefing on Changes in Washington, DC

As we approach the end of 2017, we are closely following potential changes that are on the horizon in Washington, DC. Specifically, we are monitoring two developments that could be particularly impactful: heightened turnover at the Federal Reserve (Fed) and the potential for significant tax reform. We examine the uncertainties associated with each of these situations, and discuss our portfolio positioning heading into 2018 against the backdrop of high valuations and low market volatility.

One Chair Down, but More Seats to Fill

Nearly two years ago, the Fed began to shift away from stimulus and toward normalization. In December 2015, the Fed raised its interest rate from zero, where it had been for seven years. We are now well into the Fed’s transition. Since the policy shift, there have been four interest rate hikes, and another one is probable by year end. Additionally, the Fed’s balance sheet, which has grown to $4.5 trillion after nine years of quantitative easing, is starting to shrink. Amidst the unwinding of what is, arguably, the largest monetary policy experiment of all time, the Fed is facing unusually high turnover. Most immediately, Jay Powell will succeed Janet Yellen as Chair in February. The transition from Yellen to Powell, who is widely viewed as the “continuity” candidate, is not the only major change on the horizon. Three to four additional seats may become vacant, including the Vice Chair of the Fed and the President of the New York Fed. Should a hawkish candidate such as John Taylor be nominated for Vice Chair, interest rate volatility, which has been suppressed all year, could pick up. While the Fed is facing personnel turnover, Congress is focused on passing tax reform.

Tax Reform is Not a Done Deal

In early November, House Republicans released the first draft of a proposed tax reform bill. While it could evolve materially, there are several key aspects that may remain intact and impact markets. First and most notable is the reduction of the corporate tax rate from 35% to 20%. With a lower tax rate, corporations would have less incentive to issue debt; however, some firms may attempt to front-run the bill by bringing forward issuance to lock in the tax savings under the current 35% rate. Next is the one time cash repatriation tax of 14%. The effect of cash repatriation remains particularly uncertain. Some companies may not take action, while others may take advantage of the one-time discount. Firms that decide to repatriate cash have a number of options, including paying down debt, returning the cash to shareholders through share buybacks or dividends, or investing back into the business through capital expenditures. If many cash-laden corporations decide to repatriate cash, front-end spreads could widen out, as corporate cash is typically invested in short-term bonds. On a macroeconomic level, the impact of potential tax reform on US fiscal conditions is also especially unclear. Historically, tax receipts and the federal budget deficit have been inversely correlated. As a result, tax cuts could lead to a wider deficit. Additionally, previous tax cuts were made as the Fed was sharply reducing rates, not hiking rates. Finally, it is important to remember that tax reform discussions could continue into the new year. In a matter of weeks, lawmakers’ attention will turn to 2018, and before long, the mid-term elections. At that point, passing legislation could become more difficult. During campaign season, politicians typically move toward party lines in an attempt to preserve party votes. Valuations and volatility, or the lack thereof, seem to be priced for successful and meaningful tax reform. If tax reform is not signed into law in 2017, there could be an adverse risk market reaction.

Keeping your Eye on the Vol.

These are extraordinary times, with market volatility at all-time low levels across both equity and fixed income markets.¹ As seen in the chart below, interest rate volatility (MOVE Index) and equity market volatility (VIX Index) are both at historical lows. With the Fed in transition and tax reform in progress, there are many potential catalysts for an increase in volatility.  At IR+M, we are focused on building portfolios that could outperform whether or not the current low volatility environment extends. We maintain a modest overweight to spread product in our broad market portfolios, with an emphasis on structure. We have moved up in quality while preserving an income advantage relative to benchmarks. Also, we have built additional liquidity into our portfolios, which we are prepared to carefully deploy if market opportunities present themselves. With risk market valuations at all-time highs and volatility at all-time lows, the market is priced for perfection. There is very little room for error in this time of major transition and uncertainty. At IR+M, we maintain a slight overweight to spread product, which may benefit performance in a prolonged low volatility environment. Concurrently, we are focused on bottom-up security selection, with an emphasis on investing in bondholder-friendly structures that could be protective if volatility increases.

¹Bloomberg. ²Bloomberg Barclays.  ³List is not comprehensive and includes the items that IR+M believes may have an impact on the market. The views contained in this report are those of IR+M and are based on information obtained by IR+M from sources that are believed to be reliable. This report is for informational purposes only and is not intended to provide specific advice, recommendations for, or projected returns of any particular IR+M product. No part of this material may be reproduced in any form, or referred to in any other publication, without express written permission from Income Research & Management. 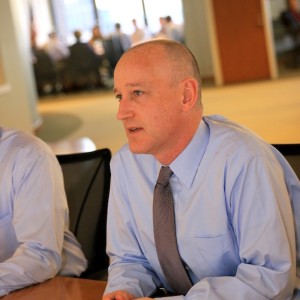